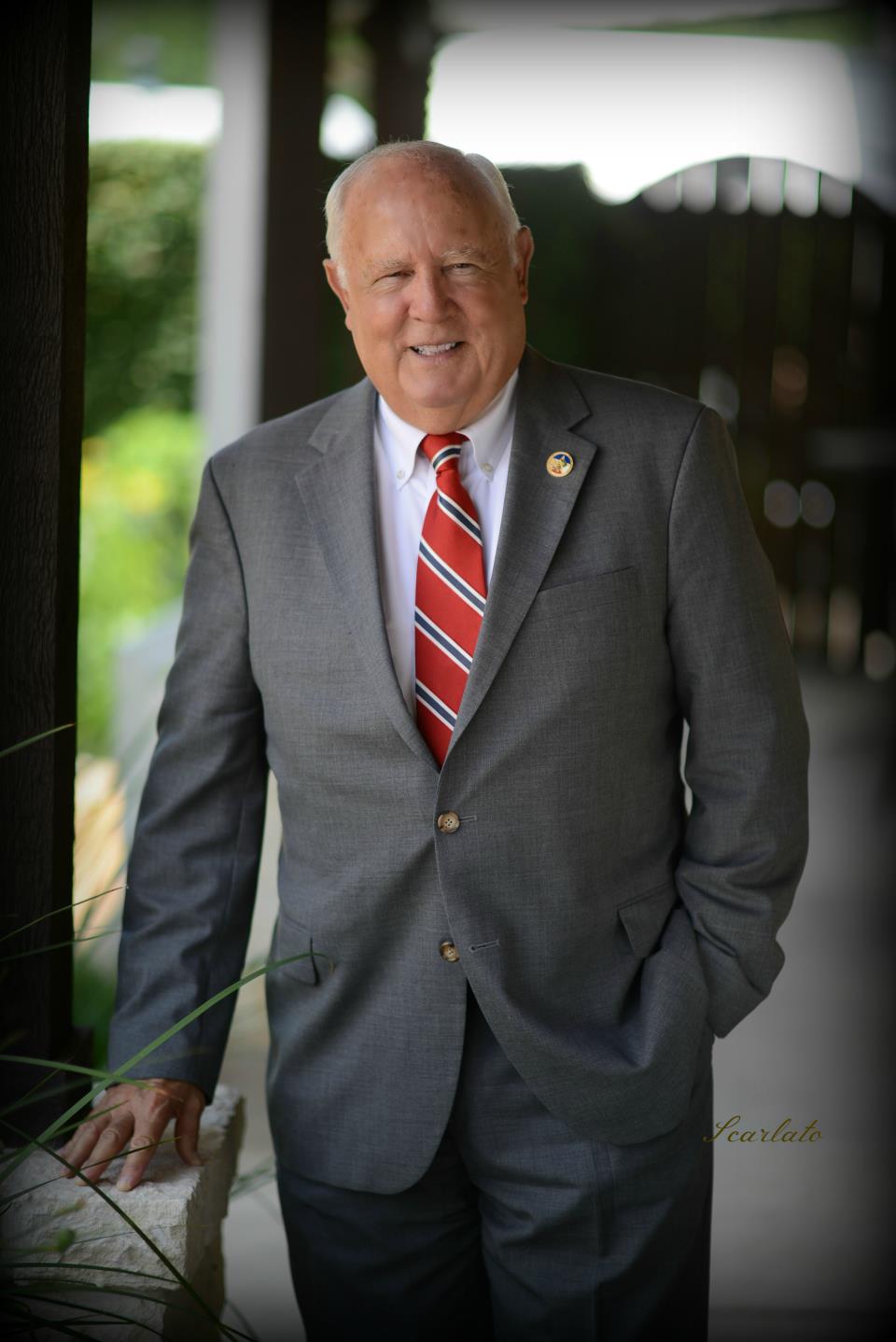 Barry Beard made his way to Richmond, Texas in the year 2000 and proudly calls it his home.  He is married to his lovely wife Kay and they are the parents of three children and three grandchildren.  Barry considers his time serving as a First Lieutenant, Infantry Branch where he flew helicopters for the 101st Airborne Division during the Vietnam conflict to be one of the most gratifying achievements of his life.

Barry attended the University of Houston and Stephen F. Austin University.  He is employed by the Moody National Bank where he is the Senior Vice President.  Barry has served on many civic and community boards proving his commitment to the City.  Barry was President of the Board for the OakBend Hospital, past chair of the Central Fort Bend Chamber Alliance, YMCA Board Member, past chair of Arc of Fort Bend, past chair of the Fort Bend Country Club Board of Directors, Congressman Olson’s Service Academy Interview Committee and Fort Bend Partnership for Youth.  Barry’s extensive involvement is not limited to the community but also to the City of Richmond.  Barry served on the original Charter Commission, Richmond Parks Commission, Development Corporation, Richmond Historical Commission, Richmond Comprehensive Planning Advisory Committee and the Richmond Rosenberg Local Government Corp. involved in building the surface water treatment plant.  Barry has not only served on these boards and committees but for many, chaired them or was an officer.

Barry was elected to serve as a Commissioner for the City in May 2016 and will serve a three year term working to better the community and continue its growth.