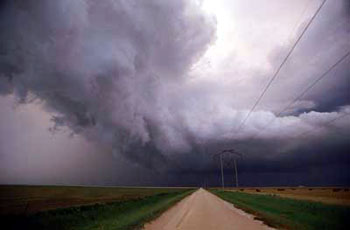 Dry thunderstorms that do not produce rain that reaches the ground are most prevalent in the western United States. Falling raindrops evaporate, but lightning can still reach the ground and can start wildfires.

Familiarize yourself with these terms to help identify an thunderstorm hazard:

To prepare for a thunderstorm, you should do the following:

Lightning Safety Tips for Inside the Home:

The following are guidelines for what you should do if a thunderstorm is likely in your area: